This piece is one of Dickinson's most recognizable works and it is one of the few which has been titled by an editor as Emily Dickinson did not title her poems. "Chartless" was first published in 1890 after her death in 1886 by a few of her personal acquaintances. The version of the poem we used here is the edited text which is slightly different from Dickinson's original. 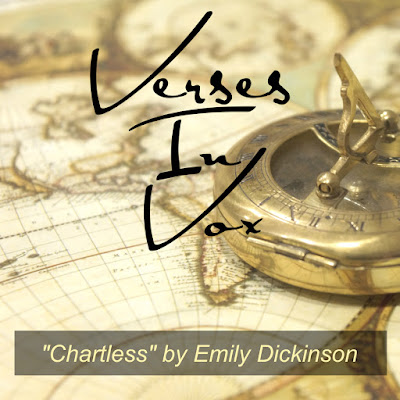 I never saw a moor,
I never saw the sea;
Yet know I how the heather looks,
And what a wave must be.

I never spoke with God,
Nor visited in Heaven;
Yet certain am I of the spot
As if the chart were given.