"My Shadow" by Robert Louis Stevenson

Perhaps better known for his fiction works such as Treasure Island and Strange Case of Dr Jekyll and Mr Hyde, Robert Louis Stevenson was also a prolific poet, publishing a handful of collections of poems. "My Shadow" was first published in 1885 in a collection titled A Child’s Garden of Verses. The poem is a wonderful snapshot of childhood wonder and innocence. 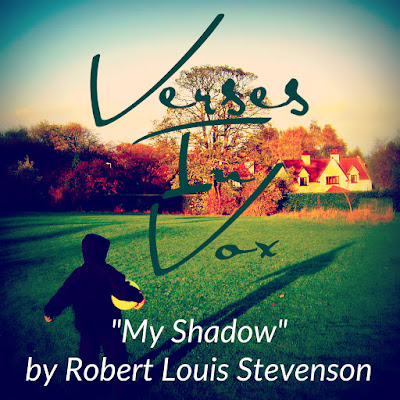 
"My Shadow" by Robert Louis Stevenson

I have a little shadow that goes in and out with me,
And what can be the use of him is more than I can see.
He is very, very like me from the heels up to the head;
And I see him jump before me, when I jump into my bed.

The funniest thing about him is the way he likes to grow—
Not at all like proper children, which is always very slow;
For he sometimes shoots up taller like an india-rubber ball,
And he sometimes gets so little that there's none of him at all.

He hasn't got a notion of how children ought to play,
And can only make a fool of me in every sort of way.
He stays so close beside me, he's a coward you can see;
I'd think shame to stick to nursie as that shadow sticks to me!

One morning, very early, before the sun was up,
I rose and found the shining dew on every buttercup;
But my lazy little shadow, like an arrant sleepy-head,
Had stayed at home behind me and was fast asleep in bed.