The poem "Eldorado" was first published in 1849 in the Boston-based periodical, The Flag of Our Union, a publication which also printed works from Louisa May Alcott. Incidentally, this poem was published just a little over five months before Edgar Allan Poe would meet his untimely–and still unexplained–death. Poe is, of course, known for his melancholy and dark writings and although there are some gray undertones in "Eldorado", they are far less overt than those in many of his other pieces. The text of the poem has been set to music in its entirety as well as adapted into song by many musical acts over the years. 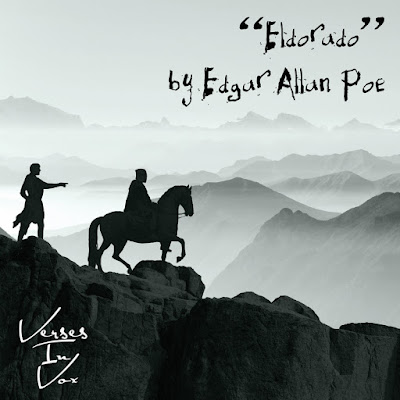 Gaily bedight,
A gallant knight,
In sunshine and in shadow,
Had journeyed long,
Singing a song,
In search of Eldorado.

But he grew old—
This knight so bold—
And o’er his heart a shadow—
Fell as he found
No spot of ground
That looked like Eldorado.

And, as his strength
Failed him at length,
He met a pilgrim shadow—
“Shadow,” said he,
“Where can it be—
This land of Eldorado?”

“Over the Mountains
Of the Moon,
Down the Valley of the Shadow,
Ride, boldly ride,”
The shade replied,—
“If you seek for Eldorado!” 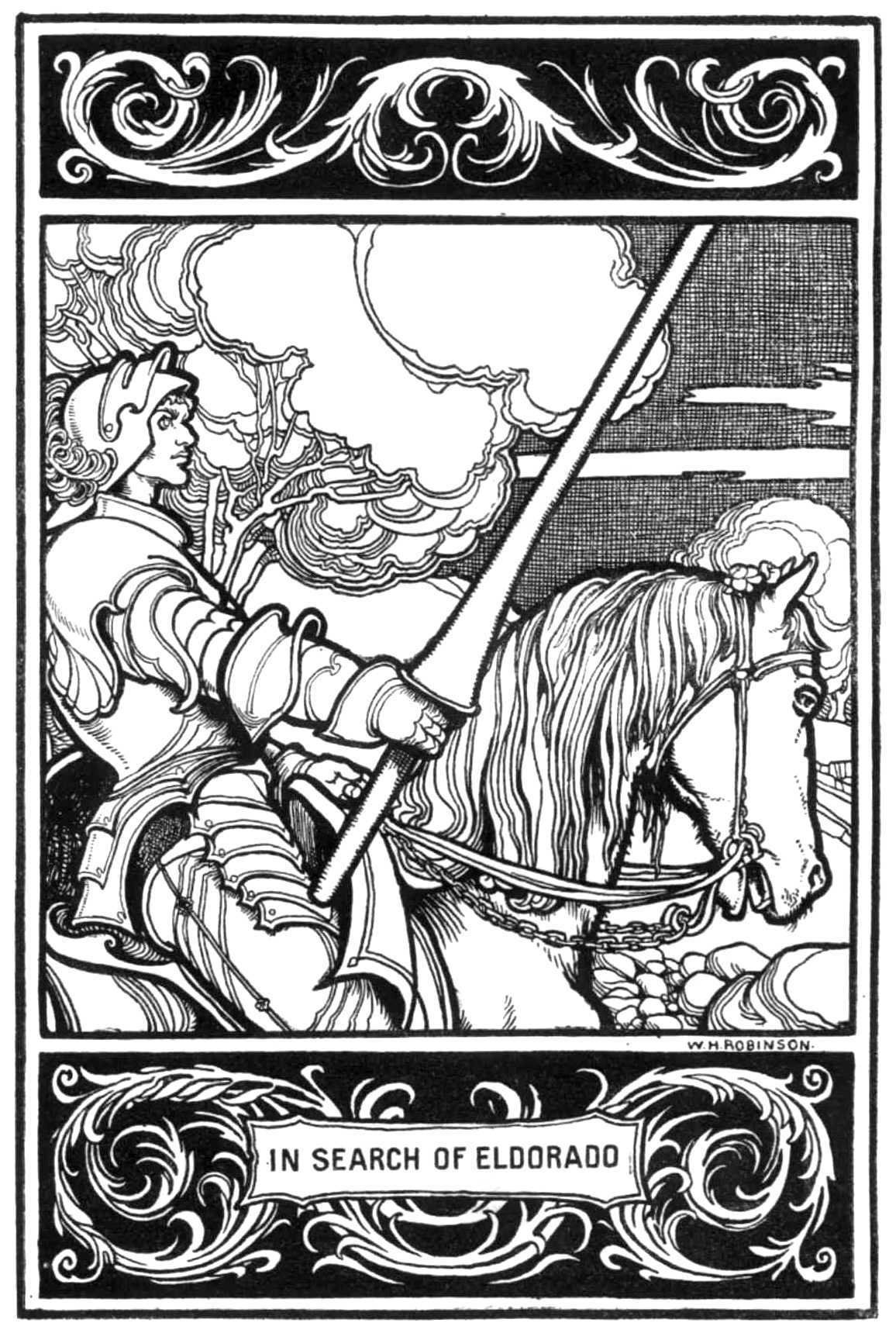