Probably the most well-known poem by Walt Whitman, "O Captain! My Captain!" is a moving metaphor for President Abraham Lincoln's leadership of the country during the Civil War and his assassination which shocked the nation. This poem is actually only one of a handful that Whitman wrote in honor of Lincoln, whom he greatly admired. "O Captain" was written in 1865 shortly after the death of the President and was published later the same year in a small booklet containing a collection of 18 of Whitman's poems. 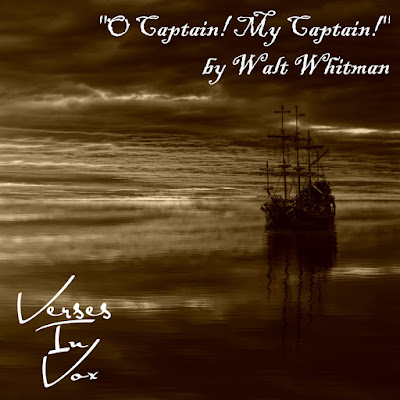 O Captain! my Captain! our fearful trip is done,
The ship has weather’d every rack, the prize we sought is won,
The port is near, the bells I hear, the people all exulting,
While follow eyes the steady keel, the vessel grim and daring;
But O heart! heart! heart!
O the bleeding drops of red,
Where on the deck my Captain lies,
Fallen cold and dead.

O Captain! my Captain! rise up and hear the bells;
Rise up—for you the flag is flung—for you the bugle trills,
For you bouquets and ribbon’d wreaths—for you the shores a-crowding,
For you they call, the swaying mass, their eager faces turning;
Here Captain! dear father!
This arm beneath your head!
It is some dream that on the deck,
You’ve fallen cold and dead.

My Captain does not answer, his lips are pale and still,
My father does not feel my arm, he has no pulse nor will,
The ship is anchor’d safe and sound, its voyage closed and done,
From fearful trip the victor ship comes in with object won;
Exult O shores, and ring O bells!
But I with mournful tread,
Walk the deck my Captain lies,
Fallen cold and dead.

Whitman's notes for a revision of "O Captain! My Captain!" 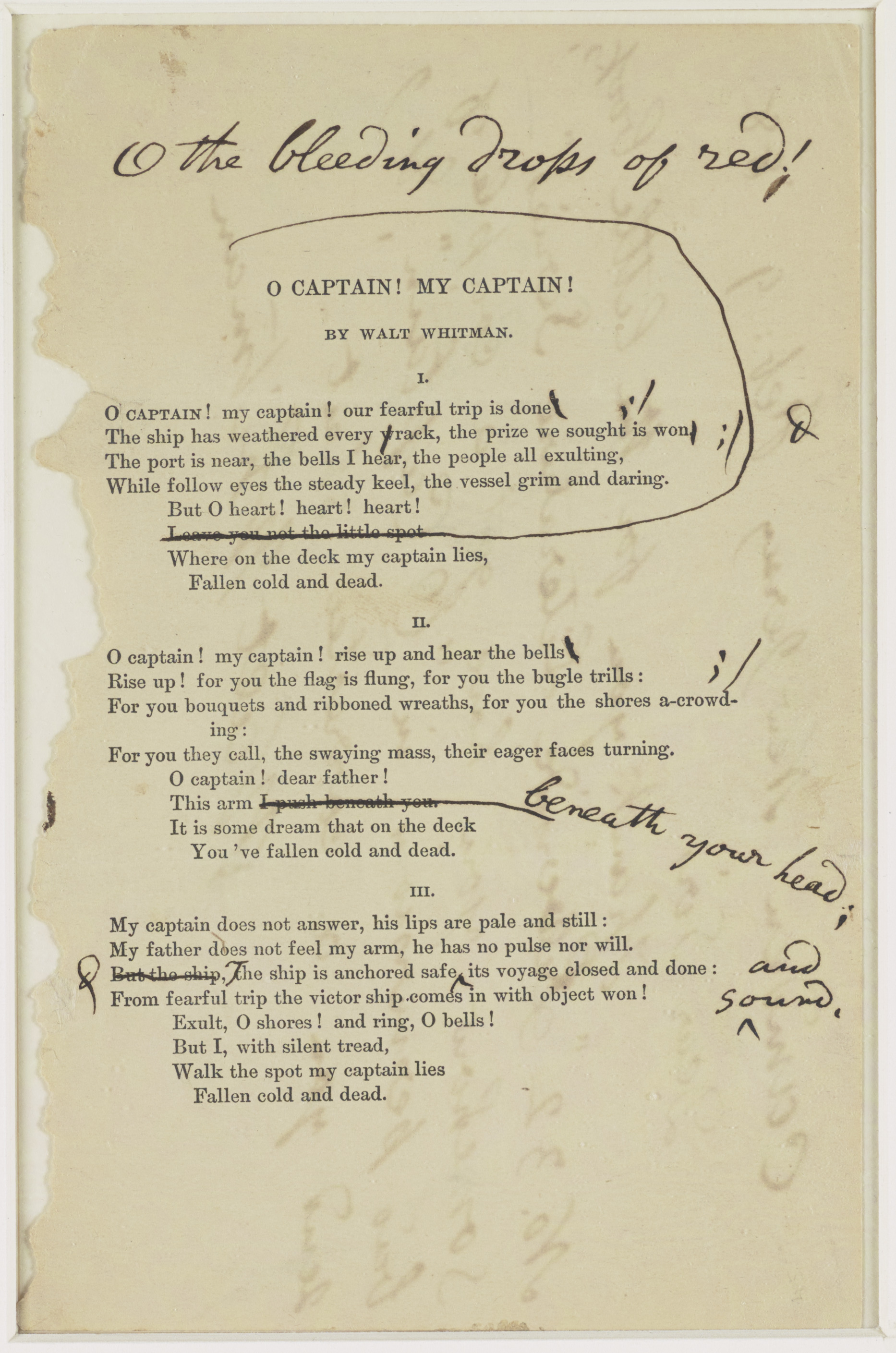