Most of our team members work on lots of other projects. This page will highlight some of the products that they offer outside of Verses In Vox.

B.J. Harrison is a professional audiobook narrator who specializes in the narration of classic literature which he offers on his website, thebestaudiobooks.com. 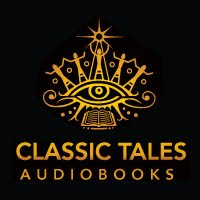 Brandon Boone has released a few albums of instrumental music which have a darker tone.

Jared DePasquale is a film and audio drama composer who has released several soundtracks of his scores.

Kevin Duncan has released an album of piano tracks.

Conner Savoca has released the soundtrack of his score for the short film, Sir Kendrick of Penwell.

Email ThisBlogThis!Share to TwitterShare to FacebookShare to Pinterest
Home
Subscribe to: Posts (Atom)
Want to suggest a poem for us to produce? Please email us at verses@porchlightfamilymedia.com.